Lack of justice for Syngenta’s poisoning victims in Yavatmal lamentable 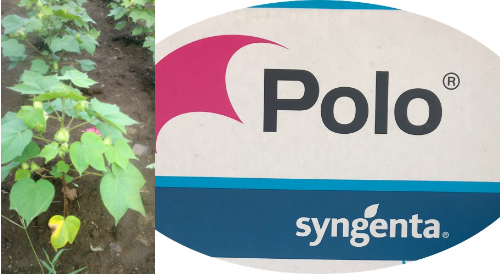 Pesticide Action Network Asia Pacific (PANAP) and PAN India today lamented the refusal of the pesticide multinational company Syngenta to acknowledge wrongdoing and provide remedy for 51 victims of poisoning in Yavatmal, India caused by its product Polo (Diafenthurion). This comes after the Swiss National Contact Point (NCP) for the OECD Guidelines on Multinational Enterprises officially closed the proceedings in relation to the complaint filed against Syngenta by five organisations, including PANAP and PAN India, on behalf of the victims in 2020.

According to Sarojeni Rengam, PANAP executive director, “It is a troubling outcome, as Syngenta once more evaded accountability. The documentation submitted to the Swiss NCP—based on official records and extensive interviews—is very clear: Syngenta’s product Polo caused irreparable harm to these farmers, and it is their responsibility under the OECD guidelines to provide remedy. Instead, they cannot even do the minimum that is expected of them under human rights standards—that is, to stop selling the product already linked to injuries and deaths.”

“Lack of outcome from these negotiations is highly disappointing, shaking the confidence of farmers and their families in grievance redressal mechanisms. After making painstaking efforts over four years to scale up to this international forum, ultimate response was ‘no comment.’ The decision to terminate the proceedings without making Syngenta acknowledge the sufferings of its victims is devoid of humanism,” said Dewanand Pawar on behalf of MAPPP (Maharashtra Association of Pesticide Poisoned Persons)

Following their use of Polo in 2017, and subsequent poisoning, all 51 farmer-complainants required medical treatment, with health issues such as reduced vision, gastrointestinal problems, weakness and reduced capacity to work persisting even after hospitalization. As a result, economic conditions of affected farmers has also deteriorated dramatically. With scant financial relief for the chronic cases of poisoning from the government of Maharashtra in the aftermath of the poisonings, the provision of remedy by Syngenta has become a matter of both justice and survival for the victims.

“In this regard, we call upon Syngenta to end relying on the myth of safe use and adapt its corporate policies to avoid future poisonings in India and elsewhere” says Dr. Narasimha Reddy Donthi from the Pesticide Action Network India. “Governments in developing countries have to respond and develop their own citizen responsive systems to counteract pesticide poisoning. Relying on companies and countries that produce and export toxic agrochemical products to take liability can be mythical.”

Aside from demanding remedy from Syngenta for the harm caused to the farmers, farm workers and community at large in Yavatmal, the complainants (MAPPP, Public Eye, PAN India, PAN AP and European Center for Constitutional and Human Rights) also asked for remedy for continuing rights violations. This includes demands that Syngenta:

In a separate press statement, the ECCHR said, “The NCP procedure as applied in Switzerland today once again demonstrates the shortcomings of this non-judicial mechanism that relies entirely on the goodwill of corporations and falls short of providing remedy for victims of human rights abuses.” Laurent Gaberell, Agricultural Expert at Public Eye adds, “It shows that binding obligations for companies are the only way forward to achieve effective change.”

The Yavatmal poisoning victims also received support from Marcos Orellana, UN Special Rapporteur on Toxics and Human Rights. “The group of 51 farmers and their families should not be deprived of their right to access remedy through a non-judicial process simply because another group of victims chose to file a civil lawsuit,” said Orellana. “This is setting a bad precedent that underscores the weaknesses of national contact points for the OECD Guidelines.”

“Despite this setback, the fight for justice and accountability continues. We shall continue to support poisoning victims in Yavatmal and elsewhere, seeking redress and remedy while continuing awareness campaigns to monitor and reject the use of Syngenta’s toxic products,” Rengam concluded.