Yavatmal pesticide poisonings: Syngenta gets away without providing remedy to Indian farmers 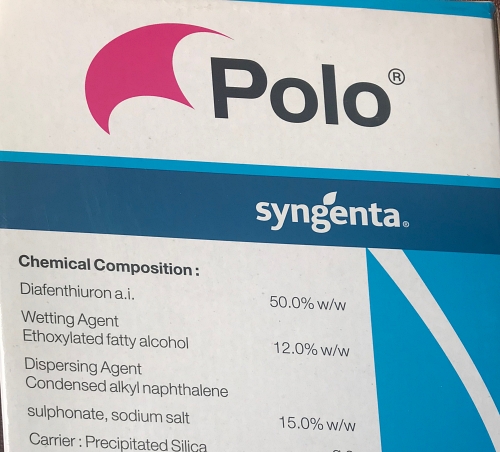 Today the Swiss National Contact Point (NCP) for the OECD Guidelines on Multinational Enterprises closed the mediation between five NGOs and Syngenta over alleged pesticide poisonings in India, with no outcome. The agrochemical company refused to even discuss whether its “Polo” pesticide caused the poisonings alleged in the complaint. No agreement was reached on remedy for the harm caused to dozens of Indian farmers and measures to prevent future poisonings. This demonstrates once again the need for binding rules to hold companies accountable and prevent human rights violations before they occur.

In autumn 2017, hundreds of farmers and farm workers suffered severe poisoning while spraying pesticides on cotton fields in the central Indian district of Yavatmal. 23 of them died. While Syngenta still denies any responsibility for the events, official police records from local authorities show that 96 cases of poisoning, two of which led to fatalities, were linked to a Syngenta insecticide going by the name of “Polo”.

In September 2020, the Maharashtra Association of Pesticide Poisoned Persons (MAPPP), the Pesticide Action Network India (PAN India) and Asia Pacific (PAN AP), the European Center for Constitutional and Human Rights (ECCHR) and Public Eye submitted a complaint with the Swiss NCPfor the OECD Guidelines. The complaint demanded that Syngenta provides financial compensation to a group of 51 affected farmers and that it adopts meaningful measures to prevent future cases of poisoning.

In December 2020, the NCP accepted the complaint and four mediation meetings were held in 2021. However, the process ended with no agreement. “The farmers and their families are severely disappointed and distressed in the absence of a tangible outcome after making painstaking efforts over four years to reach this international forum” said Dewanand Pawar on behalf of MAPPP, an organization that supports victims of pesticides poisoning.

Syngenta repeatedly asserted that it could not discuss whether Polo has caused the poisonings alleged in the complaintbecause of judicial proceedings before a Swiss civil court.The Swiss NCP followed Syngenta’s line of argument and allowed the company to hide behind the pending court case, which was filed independently of the OECD complaint by a survivor of a severe case of poisoning and the families of two farmers who died.

This contradicts the UN Guiding Principleson Business and Human Rights (UNGP). Ensuring that businesses are held accountable and providing access to effective remedy for victims is “a vital part” of a State’s duty to protect against business-related human rights abuses, the United Nations High Commission for Human Rights said in a recent report. “The group of 51 farmers and their families should not be deprived of theirright to access remedy through a non-judicial process simply because another group of victims chose to file a civil lawsuit”, said Marcos Orellana, UN Special Rapporteur on Toxics and Human Rights. “This is setting a bad precedent that underscores the weaknesses of national contact points for the OECD Guidelines”.

The demand made by the 51 farmers and the five NGOs that Syngenta implements a key provision of the International Code of Conduct on Pesticide Management in order to prevent future cases of poisoning in India was also left unanswered. The Code requires that companies avoid sellinghazardous products such as Polo, whose handling and application require the use of personal protective equipment (PPE)that is uncomfortable, expensive or not readily available to small-scale users and farm workers in countries with hot climates such as India.

The NCP procedure as applied in Switzerland today once again demonstrates the shortcomings of this non-judicial mechanism that relies entirely on the goodwill of corporations and falls short of providing remedy for victims of human rights abuses. It is disconcerting that the Swiss NCP even refuses, as a matter of principle, to issue a determination whether a company violated the OECD Guidelines on Multinational Enterprises in such cases.